I was facilitating a group for teens and their parents the other night when I had one of those sudden epiphanies; a moment where everything became clear for me about How It All Works. A realization that crystallized both what I do and why I do it. A moment that captured what I’ve been reaching for in my work with art students, addicts, and troubled teens. It is basically this:

Let me break this thought into its component parts:

It’s apparent to me–especially after having a daughter of my own–that kids are born into the world with their own “stuff.” This “stuff” includes things like fears, drives, likes, dislikes. Yes, parents and early life experiences can certainly influence a growing child, and new fears can be instilled in a child by abusive or neglectful parenting, but there are sometimes personality quirks that are unexplainable. I’ve met many parents who have two children, and they tell me that one is very different from the other despite having the same parents and early life environment.

While all children are sensitive, there seems to be a particular sort of child who just has a little bit of extra-sensitivity. I am not romanticizing this character trait, nor am I saying that this is a good thing or a bad thing–it is often said that one’s gift is also one’s curse, and with extra-sensitive children, this seems to be valid. I sometimes get a feeling about other people, whether we’re talking about young children with sensory issues, older children that are “gifted” (or so-called “Indigo” children), or “highly-sensitive people.” There is some overlap between these labels, and sometimes I meet this type of person and feel that they have as “the soul of an artist.” They can be temperamental, moody, and expressive. They can see the world in a different way, and draw connections between things not usually connected. They can be observant, and very aware of perceived hypocrisies. They seem to have highly advanced bullshit detectors. For this reason, they can be challenging for parents, teachers, and other authorities who are not used to dealing with this kind of temperament.

It follows that if a person is a little more sensitive than others; if their nervous systems are taking on a little more information than what is considered “normal,” that this energy needs to go somewhere or be channeled into some kind of activity. Often, that isn’t what happens. Maybe the emotion is a healthy one but isn’t allowed to be fully expressed within their family (anger and sadness are two of the most commonly stifled emotions in families). Or maybe the expression seems extreme in some way, so perhaps the parents get frightened and attempt to shut it down. Sometimes the parents succeed. Now that energy has nowhere to go and it starts to stagnate, which can lead to the horrible “stuckness” of depression. Or it can manifest as anxiety. Or rage. So the kids become what therapists call “the identified patient” in the family; they’re given medication, and told to conform, or to otherwise “shape up.” Of course, if a teenager (or adult) is making violent threats against their school on their Facebook page, that would certainly need to be addressed, stopped and, hopefully, re-channeled into a more constructive expression. I’m not talking about extreme cases like that; I’m talking more about how sensitive kids can often pinpoint what isn’t being expressed in the family; what is not spoken about, and about how they can usually see the “elephant in the room.” And how sometimes, their family isn’t ready to see the elephant.

The addicts that I worked with seemed to follow a pattern: sensitive child has too much energy running through their nervous system, doesn’t channel it into something constructive (or is forbidden from channeling the energy, or just doesn’t know how it can be channeled), but instead finds a substance that regulates their system and makes them feel more “normal.” One problem is solved; another is created. They become the “problem child” or in psychotherapeutic terms, the “identified patient.” The focus is now on them and the parents no longer have to address the problems in their own lives, in their relationships, or in their relationship with their children.

I worked with one young woman who was in recovery from heroin addiction. She grew up in a farm town with conservative and overprotective parents. One day in our creativity group, I showed a few videos of Butoh dance (Butoh originated in Japan after World War II. It is very slow moving and often quite “dark”). I’ll never forget the look on this woman’s face as she was riveted to the dancers on the screen. I couldn’t help but think that if she had access to something like this growing up, she might have been able to express herself differently than self-medicating with opioids.

Playing sports is certainly a good way to run off some of this excess energy. My own bias is toward artistic expression, which can allow for a uniquely personal expression of feeling that playing a sport cannot. Of course I am an advocate for keeping art and music in our schools, but if we want healthier kids, I think it has to go further than that. When I was in junior high school art classes, we had to draw, say, a house, and everyone had to draw it the same way! Which completely defeats the purpose of personal artistic expression. Similarly, in my mind, marching band is not a solution (though the argument could be made for the inherent health of collaborating with others to create something bigger than any one person’s expression).

So what might that expression look like? I believe that sometimes people need more radical forms of expression, like being in a punk band, participating in a clandestine flash mob event, working through trauma via performance art and/or monologues, or exploring darker forms of dance like Butoh, instead of say, being coerced into tap dancing and told to smile while doing so. The world of The Arts is so vast, and encompasses so many different things that have the potential to address and release every emotion we can think of (and maybe even some that we can’t). What we often see in our culture is such a small, and in some ways impoverished, selection–often that which seems “safest.” And teens need to take (healthy) risks. 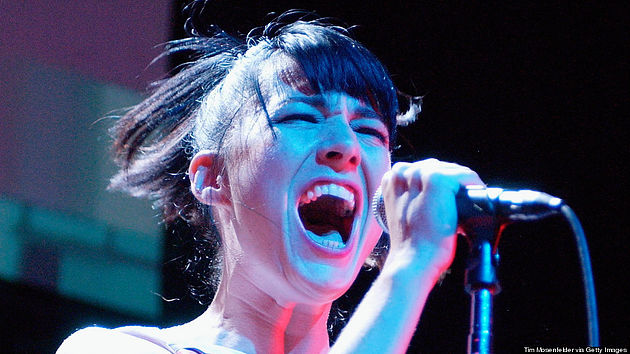 This was the trickiest word to get exactly right. By “meeting” in this case, I mean a combination of witnessing, acknowledging and understanding. Probably all of us have had the experience, at some point in our lives, of being “met.” It’s that moment when we’re talking with someone about something important to us, something near-and-dear to our hearts, and we sense that they “get” it. Or that moment when we’re in a dance or movement class and our partner becomes physically very present and returns our energy or intent with their own. It is a way of saying “I see you” (the “you” that you really are when you’re not trying to impress anyone).

Is the idea of being met enough to heal someone? In my experience, yes. Giving someone permission to be themselves, and acknowledging that self, can be incredibly healing-for both the one who is expressing and for the witness. It is the space of non-judgment, the space of love, the seed of new possibilities. It can be a little scary to be in this place of authenticity and vulnerability, but that momentary fear is nothing compared a lifetime of feeling stifled, stuck, or resentful.